There are many animated shorts and features at the 2017 FNC. Two full-length films worth noting are Mutafukas (Shoujirou Nishimi, Guillaume Renard), and Tehran Taboo (Ali Soozandeh).

In Tehran Taboo, if you’re a woman, you will always need a man’s written validation to make any serious life decisions. So, you landed that great job! Your husband must sign a waiver giving his permission for you to work. So, you want a divorce but your husband is in jail and high? Still, his written authorization is obligatory.

This is the lifestyle in Iran. Soozandeh’s insight into the male dominated society reveals things outsiders may not expect. Sure, it’s socially acceptable to smoke shisha and cigarettes, but is it commonly known that students and starving artists smoke weed just like in North America and Europe? Young adults can’t go to a nightclub without recreational drugs and promiscuous sex. Is Iran’s society then, so different than others? Well, there are some glaring differences. Public hangings are legal. Holding hands in public with the opposite gender if you are not married to one another, is illegal. Women must have a hymen on their wedding night. A woman, as mentioned, cannot move through life without the approval of a man, even if she must offer sexual favors to get what she needs. Women must be pure, but men freely engage is extramarital activities, including house calls from prostitutes.

Life in Tehran is clearly unfair for females. But they help and support each other, even after just a brief acquaintanceship. Their shared unhappiness bonds them to one another. They live in lies and corruption, and often look to the sky, quietly wishing they could be free and fly away. The tale is sad but beautifully executed through a combination of rotoscoping and toonshading animation techniques. The poetic finale representing one woman’s freedom is touching and disheartening. An eye-opening film.

For those who missed the FNC showings, Tehran Taboo‘s Montreal release is set for 2018. 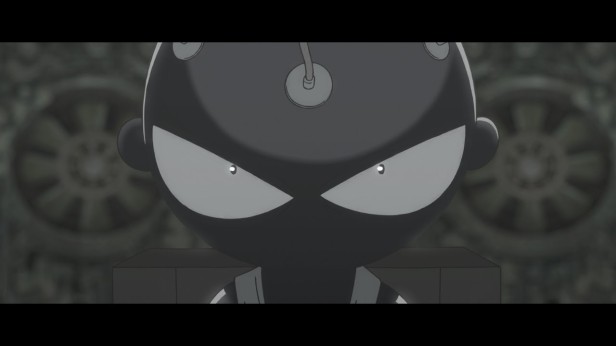 For something completely different, you can still catch Mutafukas on October 12th, 2017 at the Cineplex Quartier Latin at 9:15 pm.

Frenetic action sequences, and highly detailed backgrounds and scenery accompany a tale of two losers in a lowlife city. The Japanese-French production incorporates animation styles from both countries’ animation and comic book legacy. The feature length film is the highly anticipated followup to lower budget 3D-animated shorts, and a comic book of the same name.